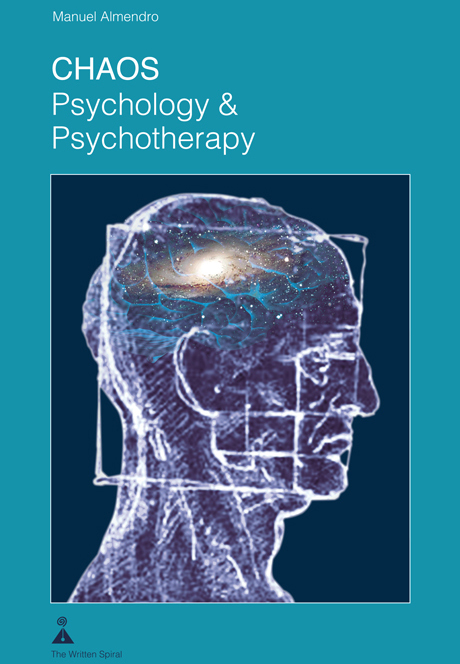 Chaos theories, which rule the laws of nonlinear dynamical systems, have been extensively used in fields such as physics, biology, and meteorology since the 1960s. However, it is only recently that they are starting to be translated for application in the field of psychology. Dr. Almendro, a clinical psychologist based in Madrid and Barcelona, makes a rigorous step forward in this complex translation.

The first part of the book includes a comprehensive review of different perspectives on the human psyche. Starting from such early and fundamental works as those by Plato, Almendro integrates the ideas of these texts with those of modern chaos theories. He then reviews the contributions of key authors, such as the Nobel laureate Ilya Prigogine, and the emergence of relevant theories, like that of Humberto Maturana and Francisco Varela’s theory of autopoiesis, which in turn led to the contemporary paradigm of embodied cognition. We appreciated how Almendro rescues many earlier foundational authors from the limbo of indifference, thereby bringing this wisdom to bear upon contemporary issues. In this way, his work overcomes the academic exclusivism that often obsessively rules scientific publications in the field of psychology. Sadly, such exclusive tendencies constrain creative thought within a bubble of the latest publications. This is especially important because Almendro deals with issues that extend “beyond time,” and thus his research base mirrors the theories that he is engaging. In other words, chaos psychology is not merely proposed as a new branch of psychology, in dry and abstract terms, but is brought to life and applied in the very structure of his writing.